Velvet Deer Antler - A Powerful Ingredient in HGH Plus!

Velvet deer antler, also called deer antler velvet or VDA, has been used for its known longevity and health and fitness benefits for millennia.

This natural substance has been found to enhance wellness by tonifying the kidneys, liver, and blood and by enhancing the health and functioning of the endocrine organs, the lymphatic system, and the circulatory system. It has been found to enhance mental capacity and help to improve the health of the brain, nerves, blood vessels, lungs, muscles, and the bones and joints.

It has also been widely used for its athletic and fitness benefits for decades in Europe and Russia and it is now among the most popular substances for health, fitness, and anti-aging in the United States.

The earliest record we have of its use is in a scroll that was found in a tomb of the Chinese Han Dynasty (206 BC to 220 AD).

The sexual benefits of deer antler velvet are well known in Eastern medicine with it being in continuous use throughout Asia for millennia. It is considered the "ultimate energy tonic" and is the most revered aphrodisiac used in Traditional Chinese Medicine.

It has long been a staple of Traditional Chinese Medicine as a wellness tonic to strengthen bones and tendons, nourish the blood, reduce swelling, and treat impotence.

Probably the most well-known historical reference to velvet deer antler's health benefits is found in the Grand Materia Medica. Written by Li Shi-Zhen in 1596 it states that VDA was found to treat fifty-two different health conditions.

Velvet deer antler extract compounds are listed in the pharmacopoeia of the former USSR Health Ministry.

VDA has been used by athletes throughout the world for many decades for its safe athletic and performance enhancing benefits and it is still being used today more than ever.

Throughout the world today deer antler velvet is also still used in patients suffering from a wide range of health conditions.

Velvet Deer Antler is a Superior Source of Growth Factors!

Velvet antler has been called a natural steroid although it is not a steroid. It is a natural and safe substance that is capable of promoting strength and endurance, improving muscle recovery after exercise, enhancing sexual function, as well as providing a wide range of other health benefits.

Clinical studies have shown that deer antler velvet is the richest source of diverse growth factors in the animal kingdom.

Velvet Deer Antler is the Best Known Natural Source of:

More Information About These Growth Factors

Velvet deer antler is a natural supplement compounded when deer antler velvet is harvested for nutritional and medicinal use. Each year male deer cast off their previous year's antler growth and in the spring a new cycle of bony antler growth begins at an extremely rapid rate, making deer antlers the fastest growing bony substance in existence.

Dr. Stephen Center, MD, a prominent anti-aging physician and author of the book Velvet Deer Antler: Nature's Anti-Aging Solution breaks down the many benefits of deer antler velvet into 5 Areas.

Although traditional Chinese medicine has extolled the benefits of velvet antler as a premium medicinal substance for 2000 years recent studies provide compelling scientific evidence supporting its use to relieve a range of symptoms.

A Russian study indicated that the amino acids, polypeptides and other compounds found in antler increased the survival rate of mice with cancerous tumors up to 40%. In addition, a study conducted by the East-West Research Institute and the Korean FDA found that mice with tumors lost less weight and suffered lower levels of kidney damage than those treated with the frequently-prescribed anti-cancer drug cis -Platin (CDDP).

It also appeared to boost the effectiveness of CDDP when used with the cancer drug. Those mice given a combination of velvet antler extract and CDDP survived longer and had fewer side effects than those given CDDP alone.

Another study noted that it appears to increase neutrophil levels in mice, which boost the body's ability to fight injuries and disease. A New Zealand study found compelling evidence that extracts of antler velvet stimulated the human immune system, as measured by increased white blood cell production.

Although use of the deer antler velvet extract "Pantocrin" during World War II by Russian physicians provides anecdotal evidence of its healing powers, more recent studies have found that it can help heal epidermal wounds, speed recovery of surgical patients, ease the effects of menopause in women, increase testosterone levels in men, and can help to prevent conditions associated with aging. 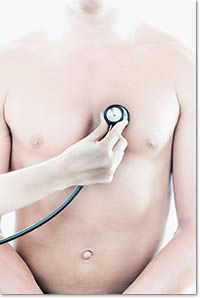 Several studies show a positive correlation between consistent use of deer antler velvet and cardiovascular health.

Human subjects who used it were able to endure larger work loads and experienced a shorter recovery time between exercises.

One study suggested that daily use of chondroitin sulfate A - a key element of velvet antler - can reduce the risk of fatal heart attacks and stroke by more than 400 percent.

Russian and Japanese researchers have concentrated on an alcohol extract of velvet antler called Pantocrin or Rantarin, discovering that the extract appears to lower blood pressure in both human subjects and laboratory animals.

Elk antler grows as much as 50 pounds in less than a few months, making it the fastest-developing animal organism in the world. This rapid development is caused by the antler's high content of bone morphogenetic proteins, which regulate bone growth, as well as growth factors I and II (IGF-1 & IGF-2).

These growth factors increase the rate of cell division during antler development, and contribute to the medicinal and anti-aging effects of velvet antler.

Osteoarthritis is caused by the loss of cartilage in bone joints. In normal joints, cartilage serves as a buffer between bones. Usually the body replenishes cartilage as it wears away, but when osteoarthritis occurs, cartilage deteriorates faster than the body can replace it. Eventually, the bones begin to rub together causing pain, swelling and loss of joint mobility.

Most treatments for osteoarthritis attempt to reduce pain and maintain joint function but these treatments do little to restore joint health. In fact, many prescription and over-the-counter non-steroidal anti-inflammatory drugs actually prevent the growth of collagen in joints, causing further cartilage degeneration. These drugs can also produce other serious side effects such as deterioration of the gastrointestinal tract lining, and liver and kidney damage.

Researchers believe that the imbalance between cartilage erosion and regeneration in osteoarthritis sufferers is caused by a lack of glycosaminoglycans.

Chondroitin sulfate, the most abundant glycosaminoglycan found in velvet antler, is used in surgery to stabilize tissue. Several studies on humans indicate regular oral ingestion of chondroitin sulfate can significantly reduce the symptoms associated with osteoarthritis.

Previous studies have already suggested that the cartilage compounds found in velvet antler may be effective at relieving rheumatoid arthritis pain.

Clinical studies indicate that deer antler velvet may also function as an antidepressant and mood regulator. It was found to inhibit monoamine oxidase activity in the liver and brain tissues of aged mice.

Monoamine-oxidase inhibitors prevent the breakdown of monoamine neurotransmitters such as norepinephrine and serotonin. Antler apparently allows these vital neurotransmitters to be available longer to the brain structure, enhancing mood.

A study by a Russian scientist showed that the mental capacity of young men improved significantly following the administration of deer antler velvet.

Velvet deer antler has been used for so long around the world because of its many benefits and its overall general safety when taken as directed. Back in ancient times they probably didn't understand the specifics of what made this natural substance so effective for good health and longevity but the positive results and lack of side effects must have convinced them to use it. Now, in our modern age we understand that the many important growth factors and nutritional substances that velvet antler contains is what makes it so valuable as a health, fitness, and anti-aging supplement, and we have the clinical research to back it up.

Please click the link for more information about our HGH Plus IGF-1 & IGF-2 supplement that contains velvet antler.

Why you should want FDA registered homeopathic HGH