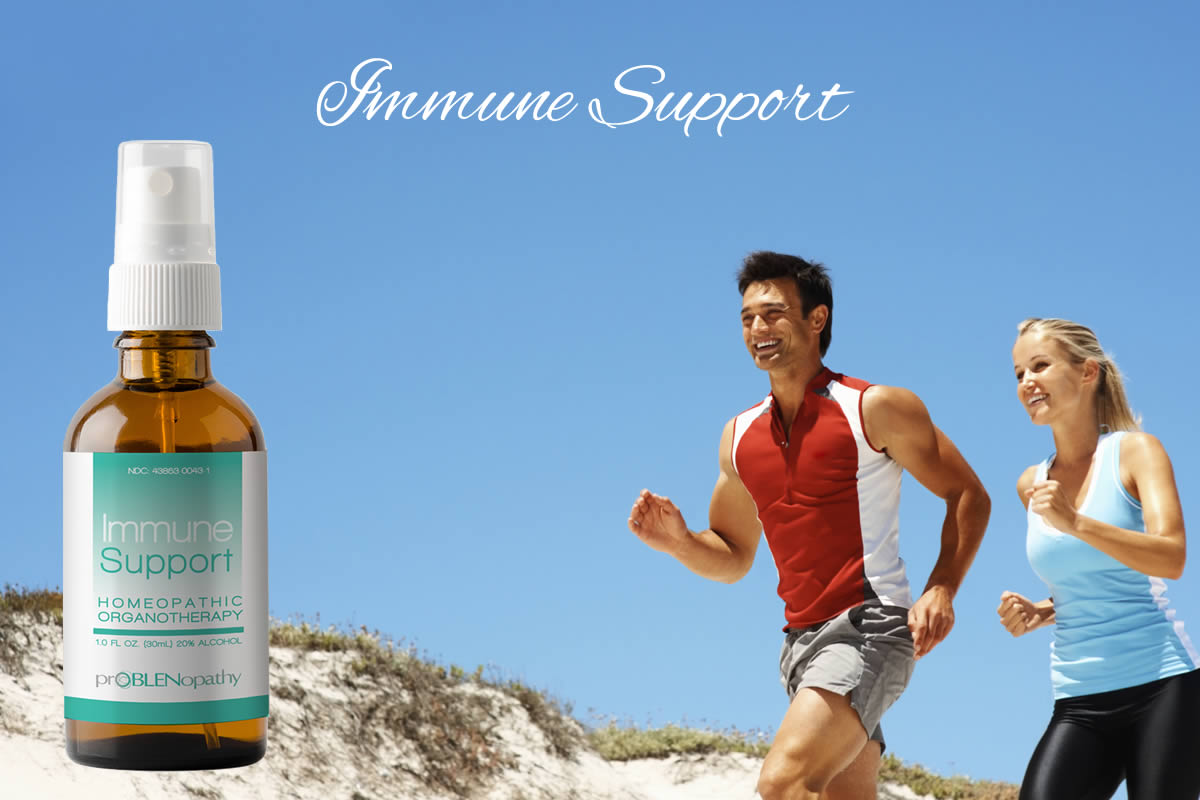 Enter our store below to see our Specials.

We are pleased to introduce you to our new ProBLENopathy Immune Support sublingual spray! It is a special homeopathic and neohomeopathic formulation that focuses on strengthening and balancing the immune system so it is better able to protect the body from the attack of any types of antigens.

Immune Support combines traditional homeopathic ingredients with herbs and vitamins that are known to support a strong and healthy immunity. Certain ingredients are also adaptogenic in that they help to balance and modulate the immune system.

This supplement has no known side effects or known drug interactions.

How Our Immune System Protects Us

Throughout time humans have had to stave off antigens in order to survive. Once exposed to a virus, bacteria, or fungus we depend on our immune system to attack and defeat the offending microbes.

The immune system consists of organs, tissues, proteins, and an extensive network of cells to defend the body against infection. It keeps a record of every antigen it has been exposed to so if that antigen ever returns the immune system will quickly recognize and attack the invader.

Curcumin 30x - A component of the spice tumeric curcumin is one of the most studied natural substances. It has been found to modulate the activation of T cells, B cells, macrophages, neutrophils, natural killer (NK) cells, and dendritic (DC) cells. Studies have shown that curcumin has the ability to inhibit the replication of some viruses, including the Zika virus and hepatitis B. It has also been shown to have antitumor, anti-inflammatory and antibacterial activities.

Maitake Mushroom 30x - One of the most researched mushrooms it is rich in beta-glucan and other bioactive polysaccharides including D-fraction, MD-fraction, and SX-fraction. These polysaccharides have been found to increase immune defense by activating and enhancing macrophages and natural killer cell function. Maitake mushrooms also have adaptogen properties which help to balance the immune system.

Beta 1 3D Glucan 30x - A non-starch polysaccharide prebiotic fiber that has been found to provide numerous health benefits. Beta-glucans activate the macrophages in the immune system, which are a type of white blood cell that engulfs and destroys foreign invaders. They also provide modulatory effects on both the innate and adaptive branches of the immune system.

Oregano Leaf 30x - An herb that has been used for a wide range of health benefits since ancient times. It contains the polyphenols thymol, carvacrol, terpenes, rosmarinic acid, naringin, and beta-caryophyllin which are thought to provide its antimicrobial activity and immune strengthening ability.

Garlic Bulb 30x - Used for thousands of years for its wide range of health benefits. Garlic contains sulfer compounds such as allicin which has wide range antimicrobial properties.

Astragalus Root 30x - A powerful herb used in ancient and modern Chinese medicine. It is used for a wide range of health conditions and it is valued for its ability to strengthen and regulate the immune system.

Grapefruit Seed 30x - Extracts from the seeds of grapefruit. The seeds contain powerful polyphenols which are believed to be responsible for their antimicrobial and antioxidant activity.

Apple Cider Vinegar 30x - Made from fermented apples ACV contains probiotics and polyphenols that have an immune-boosting effect.

Glutathione 30x - One of the body's most important antioxidants. It participates in many metabolic processes and plays an important role in the detoxification of cells.

Vitamin C (as Sodium Ascorbate) 30x - A water-soluble form of vitamin C. It is required for the development and repair of all body tissues. It boosts the immune system by increasing the production of leukocytes (white blood cells) to fight infection.

Vitamin C (as Ascorbyl Palmitate) 30x - A fat soluble form on vitamin C that is formed from ascorbic acid and palmitic acid. It can cross cell membranes and reach tissue areas that water-soluble ascorbic acid cannot.

Zinc Picolinate 30x - Zinc is a trace mineral that plays many important roles in the body. It is essential for proper bodily function. Zinc supports the immune system by aiding in the development and function of immune cells and by activating enzymes that break down the proteins in viruses and bacteria.

Vitamin B6 (as Pyridoxal 5-phosphate) 30x - The active form of vitamin B6. It is essential for a variety of biochemical reactions that support the immune system such as the production of interleukin-2.

Vitamin E (Tocopherols and Tocotreniols) 30x - A strong fat soluble antioxidant comprised of four tocopherols and four tocotreniols. It helps the body fight off infection by strengthening and modulating the immune system.

Arsenicum Album 30x - This classical homeopathic ingredient is used for a wide variety of ailments. It is also used to help detoxify the body and strengthen and boost the immune system. In modern research studies suggest that arsenicum album has anti-bacterial properties.

Rumex 30x - Also known as yellow dock this plant derivative is used for all types of cough and congestion related to infection.

Squilla Maritima 30x - Is used to help relieve symptoms related to the respiratory system such as coughing and congestion.

Bryonia Alba 30x - This safe homeopathic version of bryonia alba root is used to help in a wide variety of health conditions. It is especially useful in treatment of the symptoms related to respiratory and inflammatory issues.

Kali Carbonicum 30x - Is used for respiratory ailments such as asthma, bronchitis, coughs, congestion, as well as other conditions. 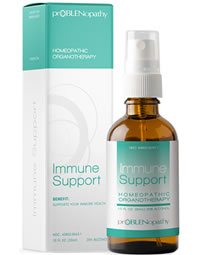