Important Hormones That Decrease With Age 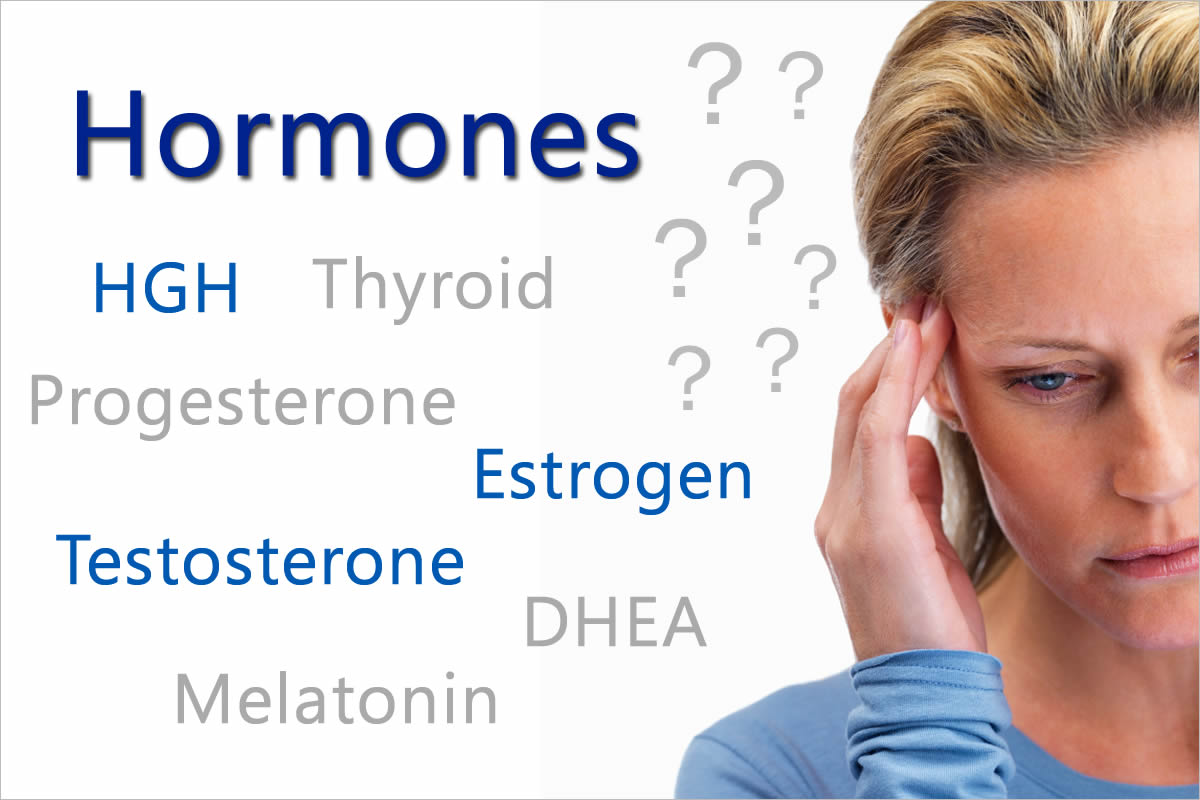 Vladimir Dilman, Ph.D., developed "The Neuroendocrine Theory of Aging". The neuroendocrine system is an extensive network of biochemicals. These biochemicals control the release of the body's hormones and other vital bodily elements.

The reason why hormones are so important is the fact that they control virtually every biological process in the body. They tell the cells what proteins to manufacture and tell the organs which functions to perform. When hormones decline less information is transmitted and so the body functions less efficiently.

Hormone production peaks in the early to mid 20's and then begins a slow decline. The effects of this decline are not often felt until we reach our 30's to 40's. By then hormone levels have usually declined to the point where our condition and function are noticeably altered.

Released by the pituitary gland in the brain human growth hormone is considered the hormone of youth. It is responsible for the rapid growth and development of children and is also responsible for their astounding healing powers.

Once adulthood is reached HGH becomes the repair and rejuvenation hormone. It works throughout life to help maintain brain function, muscle tone, bone strength, immune function, the integrity of the skin and hair, and in fact it plays a supportive role in about every system in the body.

Unfortunately, the body's production of HGH diminishes with age.

Released by the adrenal glands and referred to as the "mother of all hormones" DHEA is the most abundant steroid hormone in the body. DHEA promotes the renewal and replacement of tissues and helps to maintain a healthy immune system.

DHEA is also very active in the brain. It promotes neurotransmitter production and so is crucial for maintaining both short term and long term memory.

Another reason why DHEA is so important is the fact that it can be converted in the body into other important steroid hormones such as testosterone and estrogen.

DHEA also plays an important role in keeping cortisol, the body's stress hormone balanced. In the young and healthy these hormones are balanced. However, as age progresses DHEA decreases while cortisol tends to increase, especially if any stressors are involved. High cortisol and low DHEA are serious risk factors for heart disease, diabetes, other diseases, obesity, and accelerated aging.

Restoring low DHEA levels can have a positive effect on the body and can provide some relief to exhausted adrenal glands.

Made in the testes in men and the ovaries in women and made in the adrenal glands in both sexes testosterone is the major sex hormone in men, and it is also important to women. It affects neurological function and mood and it fuels feelings of confidence, optimism, motivation, and aggressiveness.

Physically testosterone is very important in the growth and repair of muscles and certain organs. With the decrease of testosterone comes a decrease in lean muscle and it usually means an increase in body fat.

Testosterone protects the heart muscle and helps to keep cholesterol and blood pressure balanced. Libido, sexual function, and the male urinary and reproductive systems are also promoted by testosterone.

Testosterone levels decrease with age. In men the progressive decrease of testosterone with age is called andropause.

Estrogen is the term commonly used, however, there are actually three estrogen hormones, called estradiol, estriol, and estrone. The estrogens are made by the ovaries in women and by the testes in men and by the adrenal glands in both. Estrogen is a major sex hormone in women and it also plays an important role in lesser quantities in men. Besides its effects on the female reproductive system it also promotes youthful cell behavior. It supports a wide range of tissues and organs including the heart, brain, liver, bones, urinary tract, skin, and blood vessels. Cognitive activity, mood, and memory are also supported by estrogen.

Estrogen production decreases with age, with the end result being menopause in women, and the age and disease promoting effects that come with menopause.

Progesterone is made by the ovaries in females and by the testes in males, and it is made by the adrenal glands in both sexes. It is a very important hormone for women but it is also important for men. In women it prepares the uterus for the fertilized ovum and maintains pregnancy. It also helps to protect breast tissue by preventing excessive proliferation of both normal and cancerous cells. In men it plays an important role in prostate health and is a powerful inhibitor of DHT.

In both males and females it helps to protect the brain and helps to keep the bones strong by facilitating the deposition of calcium in the bone.

Progesterone decreases with age and decreases substantially in women with the onset of menopause.

The thyroid gland releases several hormones. T3 (triiodothyronine) is the active form that enters the cell receptors. The storage hormone T4 (thyroxine) must be converted into T3 by the body in order to be used. Some people have trouble converting T4 into T3, especially those with illnesses and increased stress. Aging may also negatively affect this ability.

T3 is the body's regulator and thermostat. It controls energy metabolism, regulating how much energy is stored as fat and how much is released into the bloodstream for use.

The thyroid gland regulates your temperature, sleep patterns, digestive function, and is essential to the body's ability to fight infections and even mutant cells via the immune system. Thyroid hormone also plays an important role in maintaining healthy cognitive functions and mood.

Melatonin is a hormone that is produced by the pineal gland in the brain. The pineal gland is the body's biological clock and melatonin plays a major role in the setting of this clock. Melatonin controls our sleep cycle and seasonal rhythms. In animals it controls mating and hibernation, and it is believed to help regulate the menstrual cycle in women.

Melatonin is one of the most powerful antioxidants known. It fights cancer by acting as an intracellular antioxidant and is perhaps the only antioxidant that can penetrate every cell of the body. Melatonin also protects the immune system by fighting the effects of stress. It helps to counter the immune suppressing effects of cortisol.

In humans melatonin levels are highest in children and decrease with age. Lower levels of melatonin signal the immune system to begin shutting down and also signal the endocrine system to produce fewer sex hormones. Alas, once we are past the reproductive phase of life we see a drastic decrease in melatonin and this decrease triggers the body to begin breaking down altogether, and we know where that eventually leads.

Surely the fact that the body's hormones decrease with age is not good news. Especially once we know what happens to the body as the result of not having enough of these important substances. Luckily, each of the hormones I mentioned above can be improved and restored to a more youthful and healthy level.

Some hormones such as DHEA, melatonin, progesterone, and pregnenolone may be purchased as dietary supplements without requiring a prescription in some countries. Most hormones may be improved either by taking prescribed synthetic versions, by taking the hormone in homeopathic form, or by taking nutritional supplements to help boost and/balance the body's own production of the hormone.

There is much more information available about the body's many hormones. My recommendation is to educate yourself and speak with your doctor about beginning or advancing an effective anti-aging protocol.

Other Hormonal Articles of Interest

Are Low Hormones Affecting Your Health and Lifestyle? The Issue of Hormones in Modern Medicine

Can Women Receive Estrogen and Progesterone Benefits Without the Risks?

Hypothyroidism - The Undiagnosed and Treatment Failures

The Adrenal Glands and Cortisol