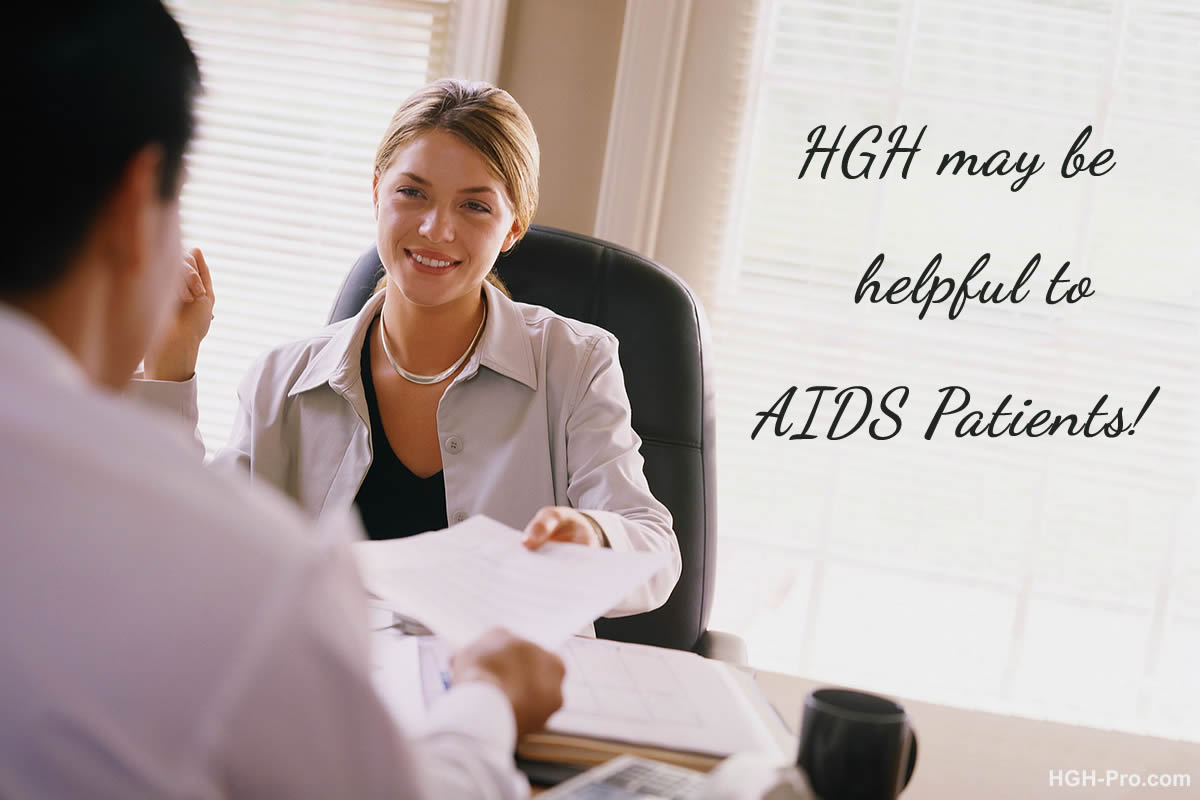 Although human growth hormone does not cure AIDS or HIV, there is some evidence that it may lengthen the life of AIDS patients.

Even more exciting, human growth hormone also appears to reduce the incidence of AIDS associated infections, such as polycystic pneumonia and Kaposi's sarcoma. It can rejuvenate the immune system; if it can actually strengthen the ability of HIV+ patients to resist infectious diseases it may improve both the quality and the quantity of their lives.

Wasting is different than the loss of weight and fat that comes from under eating, this wasting also occurs in later stages of cancer. It is the unintentional loss of weight in which the lean muscle, the body mass, the bones and the body organs are all withering away.

Many experts believe this loss of lean body mass contributes to immune dysfunction and makes it harder for AIDS patients to fight off life-threatening infections. The wasting process itself, if it goes beyond about 33% of ideal body weight, is incompatible with life as was seen in concentration camp victims of World War II.

A number of medical centers took part in a study of 178 patients with AIDS-associated wasting, which is defined as having lost at least 10% of body weight. The patients who received growth hormone therapy gained an average of 6.6 pounds of lean body mass while losing an average of three pounds of fat after three months of treatment. The therapy also resulted in an improvement of their endurance and quality of life.

"At the moment there isn't another therapy in the late stages of AIDS that has had this kind of effect on the lean body mass. There are therapies that can increase weight, such as an appetite stimulant called megestroacetate, but that weight gain tends to be primarily fat. The advantage of growth hormone is that it causes lean body mass to increase."

Dr. Schambelan says that some of the patients are still coming in, even though the original study ended three years ago.

"Obviously these are the people who are still alive and doing well and the people who didn't do well are no longer there, so you can't talk about the average effect."

I think that the anecdotal experience is that for the people who continue to take the drug, who continue to eat, and don't get serious opportunistic infections, they have had a very robust response. The medication has increased the benefits. The gain in lean body mass they had in their three months of the study has doubled or tripled over the next year or two."

There has been some concern that HGH use in AIDS patients might stimulate the HIV virus to replicate. However, recent evidence suggests that individuals who add growth hormone to their anti-viral therapy are likely to experience a small drop in viral load.

Other concerns include increased insulin resistance and glucose intolerance. A clinical study at the University of California at San Francisco was done by Dr. Joan C. Lo et al. The study investigated the effects of low dose growth hormone in HIV-infected men. They found that 1 mg per day increased lean body mass and decreased fat without significant changes in glucose tolerance or insulin sensitivity.

Other HGH and Health Articles by Lisa Wells, RN