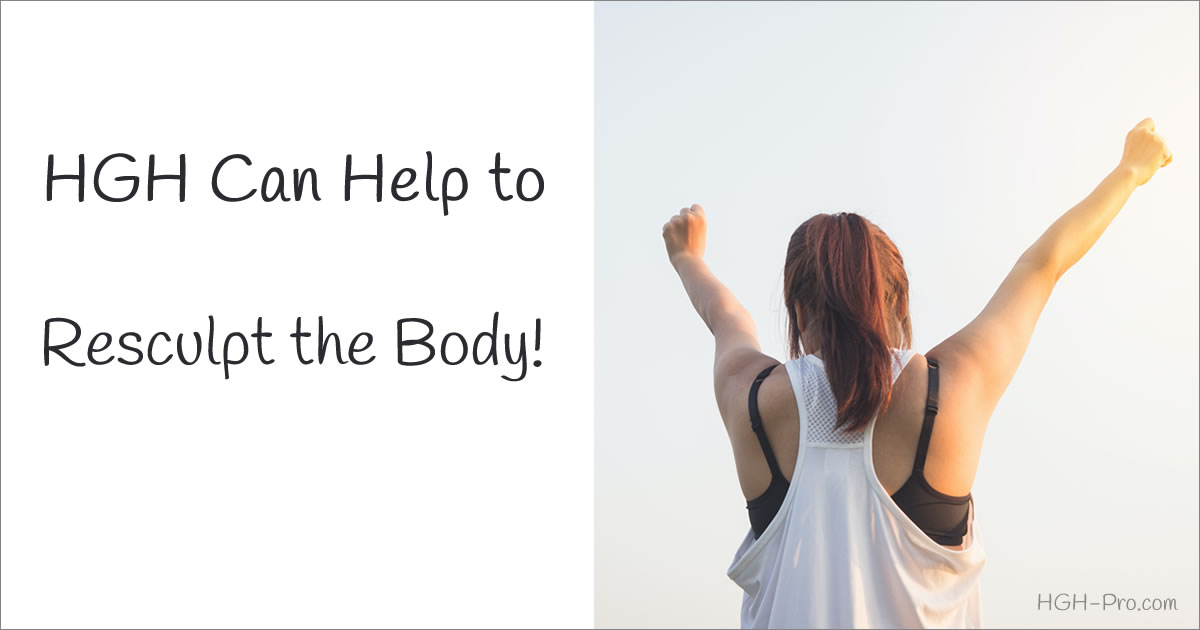 Human growth hormone can do something that weight loss products cannot do. It can reshape the body by melting off the fat.

It can also build the muscle that gives us that firm, healthy shape.

Other weight loss regimens can cause a decrease in fat but it is mostly the peripheral fat which is just under the skin and not the deep visceral fat, and other weight loss products can also cause a loss of lean muscle.

With human growth hormone therapy besides the shedding of fat some feel they have also shed years.

"If you are overweight you now have for the first time, a proven method for getting rid of the fat that poses such a danger to your health and your life --- HGH. And if you combine HGH or growth hormone releasers, with an exercise program, you can lose weight, gain muscle, and look and feel decades younger."

Human growth hormone has been called the "magic pill for weight loss" that we have all been waiting for.

Clinical studies have proven that HGH not only decreases peripheral (superficial) fat, it decreases the dangerous deep belly fat, which is also called visceral or central fat. This is the fat that makes us look older and unhealthy. It lives in our mid section and gives us the belly roll, and it is so very hard to get rid of.

Human growth hormone helps to burn fat by making it available as fuel for the body. Each fat cell in the body has its own growth hormone receptor, when HGH binds to these receptors it triggers a series of enzymatic reactions in the cell that breaks down fat. This process is called "lipolysis".

Fat in the body causes a decrease in the release of human growth hormone by the pituitary gland. For this reason obese or overweight individuals usually release less HGH than those who are the same age but are not obese or overweight.

Researchers in Spain at the Hospital Juan Canalejo, in a study headed by Fernando Cordido, used a combination of two growth hormone releasers (GHRH and GHRP-6) on obese patients who were 130% over their ideal body weight. The result was a massive release of HGH. The doctors concluded that the blunted growth hormone secretion found in obesity is a functional and potentially reversible state.

Another study was done in Sweden. This nine month double-blind placebo clinical study done at Sahlgrenska Hospital showed that the growth hormone deficient adults lost 20% of their body fat when their growth hormone was restored to a more healthy level, without diet or exercise. More amazing was the fact that most of the loss was the dangerous abdominal fat, which decreased by 30% as compared to the 13% reduction in peripheral (subcutaneous) fat.

CT scans done showed just how effective the HGH was at getting rid of the test subject's deep fat.

After just 26 weeks of therapy a dramatic reduction can be seen in both peripheral fat and deep belly fat. The subjects also saw an increase in total body potassium and nitrogen, which is the bodybuilding action of human growth hormone.

Bengt-Ake Bengtsson, the Swedish endocrinologist who is also a very prominent researcher of HGH, stated:

"We expected that the body composition would change with growth hormone treatment, but we did not expect the magnitude of the change."

The test subjects in the study who received a placebo did not lose fat and in fact they gained fat during the study.

Proponents of HGH Speak of Benefits

Mr. Howard Turney, who opened the first anti-aging clinic that used human growth hormone as a therapy was able to trim nine inches off his waist while taking HGH.

Dr. Edmund Chein, an anti-aging physician, has lost his own "huge pot belly" while taking HGH.

According to Dr. Chein

"HGH is unlike any other method designed to take off fat because it works with your body rather than against it.  When you go on a diet, you almost always gain the weight right back again because you haven't changed the hormonal message that tells the body to store fat. Growth Hormone changes the message, it tells the body to get rid of the fat."

It is never too late to begin a therapy that can restore growth hormone to more youthful and healthy levels. Once the body has an optimum about of growth hormone to work with the benefits should be on the way!

For information about the product I take and recommend please click: HGH Plus IGF-1 & IGF-2.

Other HGH, Anti-Aging, and Health Articles by Lisa Wells, RN